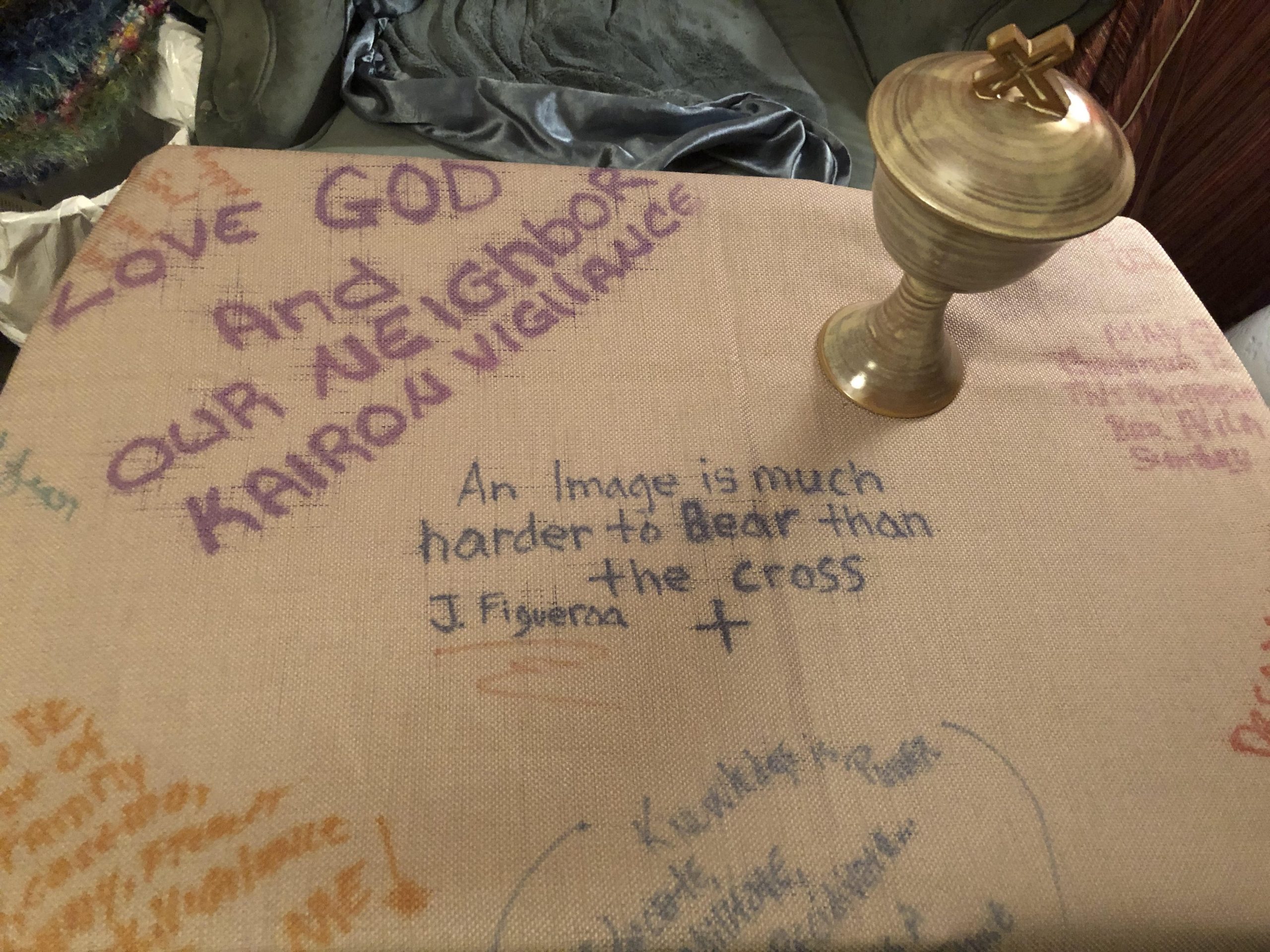 They warned it would be a long process; they were right. Getting permission to get into prison takes time. Fingerprinting, training sessions, waiting to have paperwork cleared, waiting to be scanned, a whole lot of waiting is involved. It gave me time to get acquainted with the six Drew male MDIV students brave enough to take a course on creative writing. I had to have 6 seminarians enroll in order to offer a class for the 15 + Northern State Prison men, and I was actually surprised to find us all behind bars.

I’d designed the course with the Edna Mahan women in mind, since I doubted our laser-focused want-to-be theologians, biblical scholars, historians and sociologists would take a detour into the fine arts. Five of the students I’d had in a required class; one was new to me and Drew.

He looked like he might need a distraction, following the graphic tour we’d gotten of the weapons that can be made out of stuff like spoons and pens. We leaned against a wall, and I asked him why he’d signed up for the course. He was a new spring admit, from South Korea, taking a not-required course in creative writing. The answer still brings a smile. His advisor, now a dean, had been a student of mine years before. He’d instructed this young man that he was to take any course that I offered, but, he said, “No one told me I’d have to go to prison.”

This was a first for him, so I didn’t tell him that this was the first time a Drew woman faculty had been permitted to offer a course for credit at Northern.  I comforted myself that this had been done many times in other places, and I hoped the course title, borrowed from Deena Metzger, “Writing for Your Life” would be descriptive, not proscriptive.

It was. It still is. Their voices, their faces, the intensity of their language, their persistence against all odds. The room we were in was dominated by a ventilation system that sounded by a wounded dragon; we had to shout to be heard over its mechanic wheezing. But the writing assignment transformed the irritating sound into a ventilator named Holy Spirit, designed to keep us alive and so we thrived.

Nothing but books and non-tractable pens were allowed in or out, except, on the last day of class, in some mysterious oversight, a table cloth the color of the uniforms was allowed.  One table cloth passed through the gates, and when I carried it out again, it held messages from the men who were writing for their lives.

I post this picture of the cloth, and a prayer. I see the name of Northern State Prison on the list of Federal Prisons where Covid-19 numbers are exploding.

Praying for their lives.