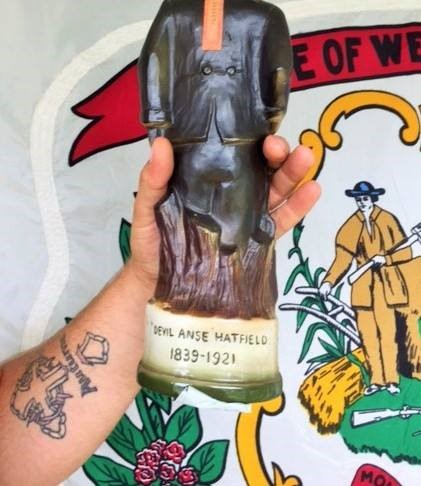 June 20, 1863, President Lincoln signed a bill that authorized a new state in the Union: West Virginia. It was an action taken in the middle of a Civil War; its critics claimed it was unconstitutional. We seceded from the South, Confederate states who had already seceded. Some scholars insist that it was the Northern investors who were to blame or praise, wanting to side with the Union in return for control of the railroads, timber, mining, gas and oil. Some make the argument that the western part of Virginia had always been at economic and political odds with the Virginia establishment of church and state sanctioned slavery.

It’s often overlooked that the first proposed constitution supported the Union with the condition that no blacks could reside in the state. Lincoln refused to sign until that condition was removed. The State Motto leaves the question of motivation open: Mountaineers are always free.

My mother’s interpretation was a theo-poetic argument for Providence and freedom. It began with “In 1862 Abe Lincoln was mighty blue. . .” Her story/history would name the terrible losses at Antietam and claim that the offer of the economic and political resources of western Virginia convicted President Lincoln to issue the Emancipation Proclamation and create a new state. Anyone who came to visit the old Inn heard her recite that history at the front door, and if they disagreed, they were wise to keep their differences to themselves. I once had to rescue a Confederate re-enactor who’d come to the door to ask for water. She’d literally backed him into the corner, using her schoolteacher voice and finger to rebuke him for betraying the Union. 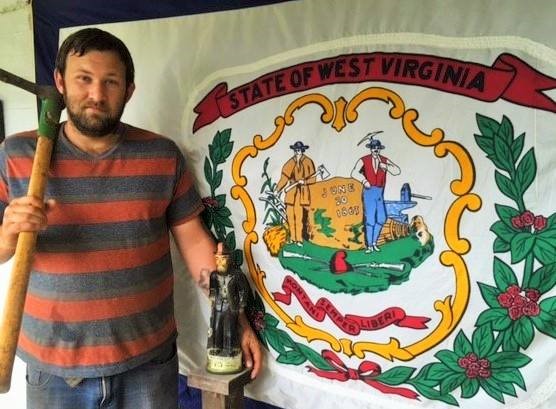 The story/history of this Inn is rooted in the name and origin story of this state. Ephraim Bee was father-in- law to Mary Jane Bee who purchased the Inn after the death of her Confederate husband Josiah. Four of Ephraim’s sons served in the Civil War. Two fought for the North and two for the South. Ephraim was a blacksmith, an inn-keeper, a magistrate, and one of the First Legislators of the state. His fifth daughter was born on the day that Lincoln signed the state bill, so he named her West Virginia Bee. Little wonder we grew up saying, “West by God Virginia.”

What makes for a more perfect union in these days of stress and struggle? Hospitality, Humor, Honesty, and Humanity are the 4-Hs that can make this state great. I appreciate the presence in this old structure of mountaineers like Billy Jean LaCourse, descendent of the McCoys, who creates art and order in every corner he brightens, and Joey Hatfield, rural king of the meadow, mower, and weed whip. I treasure the strong women who make a way out of no way, women who refuse to let the dreams of freedom and public education die, women who stand at the locked down gates of tomorrow and declare: Mountaineers are always free!