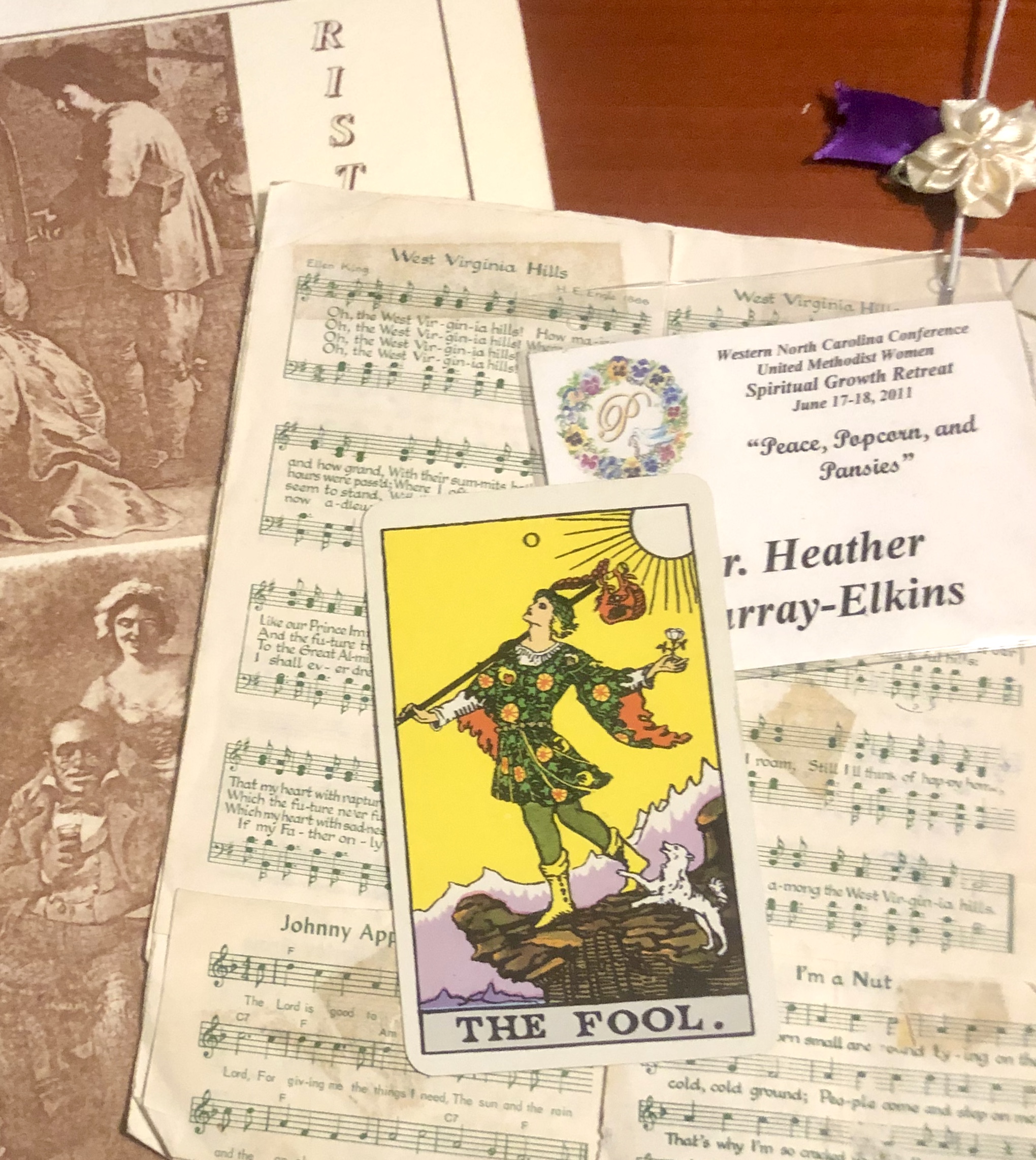 I confess. I’ve been convicted by a jury of my possessions. I’m addicted to stuff that is stuffed with stories. It’s been one year and one day since my transplant from the Forest in the Garden State began and I’m finally down to packing my last box in the Copperbeech basement. It’s a scene straight out of Star Wars, treading on trash as the walls and the timeline compact together.  I dream of shouting “It is finished!” as I head south but the truth is, there’s a basement and a storage unit stuffed with stuff waiting to be sorted in Delaware.

If I ever doubted the truth of Purgatory, I’m now a true believer.  Try sorting through 36 years of bankers’ boxes filled to the brim with charge conference papers, old syllabi, check stubs, because there might be an insurance policy, a marriage license, forgotten poems, and photos of loved ones long gone. There’s a reasonable explanation. Bill would serve a church without a parsonage, so we’d live at the edge of Drew. He’d get a new church appointment with parsonage and we’d store whatever we didn’t have time to sort in our Copperbeech basement and move out. People expect pastors to live in parsonages, so my brief interlude of walking to work to teach was very brief indeed. I’ve lost track of all the Drew faculty, staff, graduate students and alums over the years who’ve been sheltered in the place that housed our tangible memories.

The extent of my addiction was sobering. Basement shelves stacked and stocked. Boxes of stuff and stuff that had escaped confinement. If it was just paperwork I could blame it all on Bill’s omnibus filing system, but there’s stuff stuff. For example: 3 slow cookers, 3 electric drills, 3 wooden rockers, 3 CD players witness to my trinitarian world view, or my poor memory. There are also God knows how many paintings, videos, church bazar Christmas decorations, and unidentifiable things that some future archeologist will simply label “ritual object”.

I’m forced to puzzle over what to keep and what to lose. I’m grateful whenever I don’t remember how this (fill in the blank) got in the basement. Out it goes. Some artifacts, however, have memories stuck on with super glue. Example:

I consider my options; it may be a mixed bag for me. From Paradise Lost to pansies to popcorn, I’m a Nut. It’s time to travel with less baggage. I thank my object lessons and gently place them in the To Be Recycled Bin.