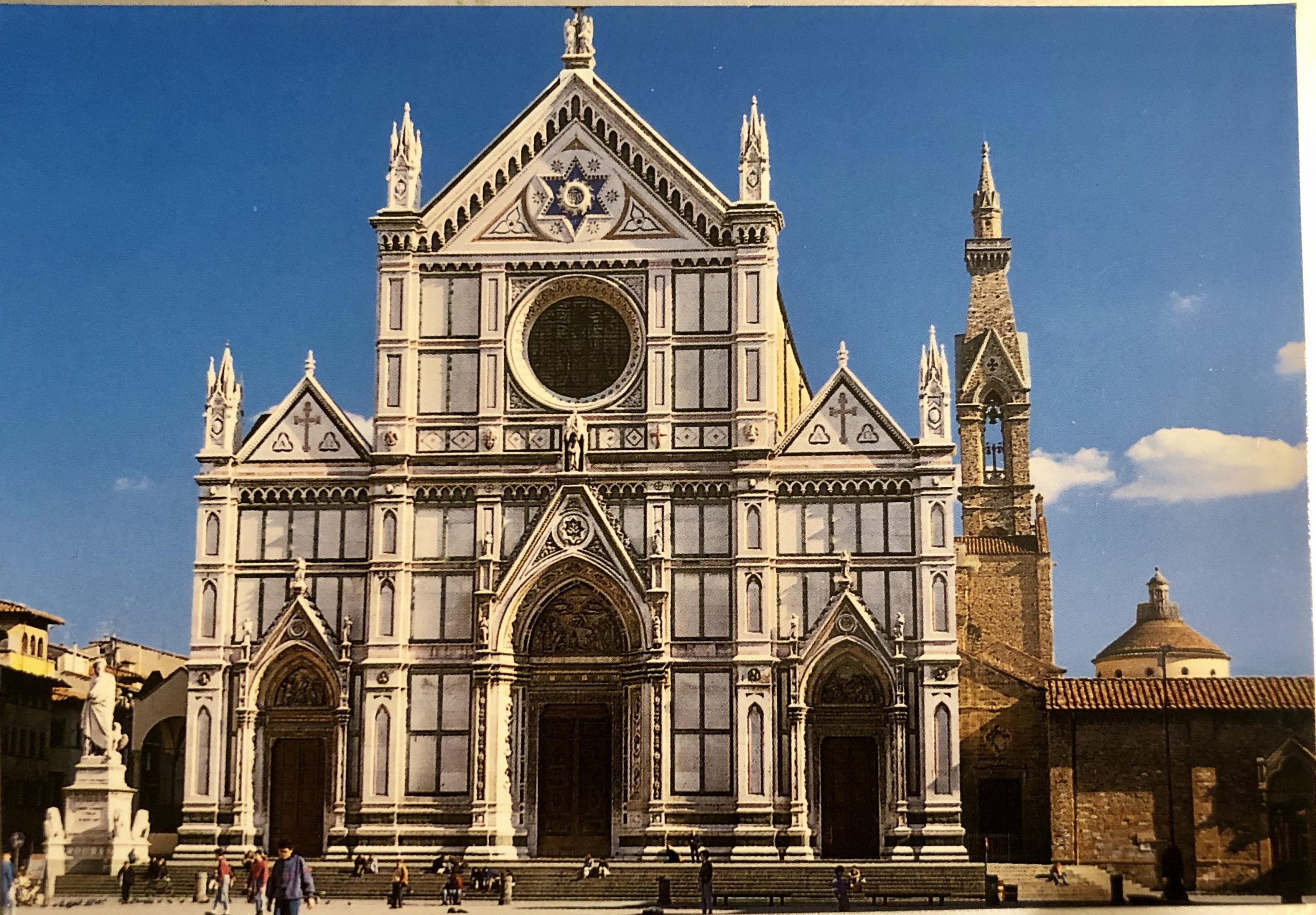 Say “Florence” and the walls of quarantine disappear.  All it takes is the name to fire those neurons and I’m back in the city of Dante and Machiavelli, Masaccio, Da Vinci, the Basilica of Santa Croce, Il Duomo. and the Uffizi.

Once would not have been enough to form the synapse. It took two travel seminars and a graduate course on the Renaissance.  The postcards, art histories and the random pieces of brick that I collect are great place holders in my memory bank.  The hot-wired connection however, is the red leather coat I bought in the marketplace. This Very Red leather Florentine artifact has weathered well over the last 25 years. 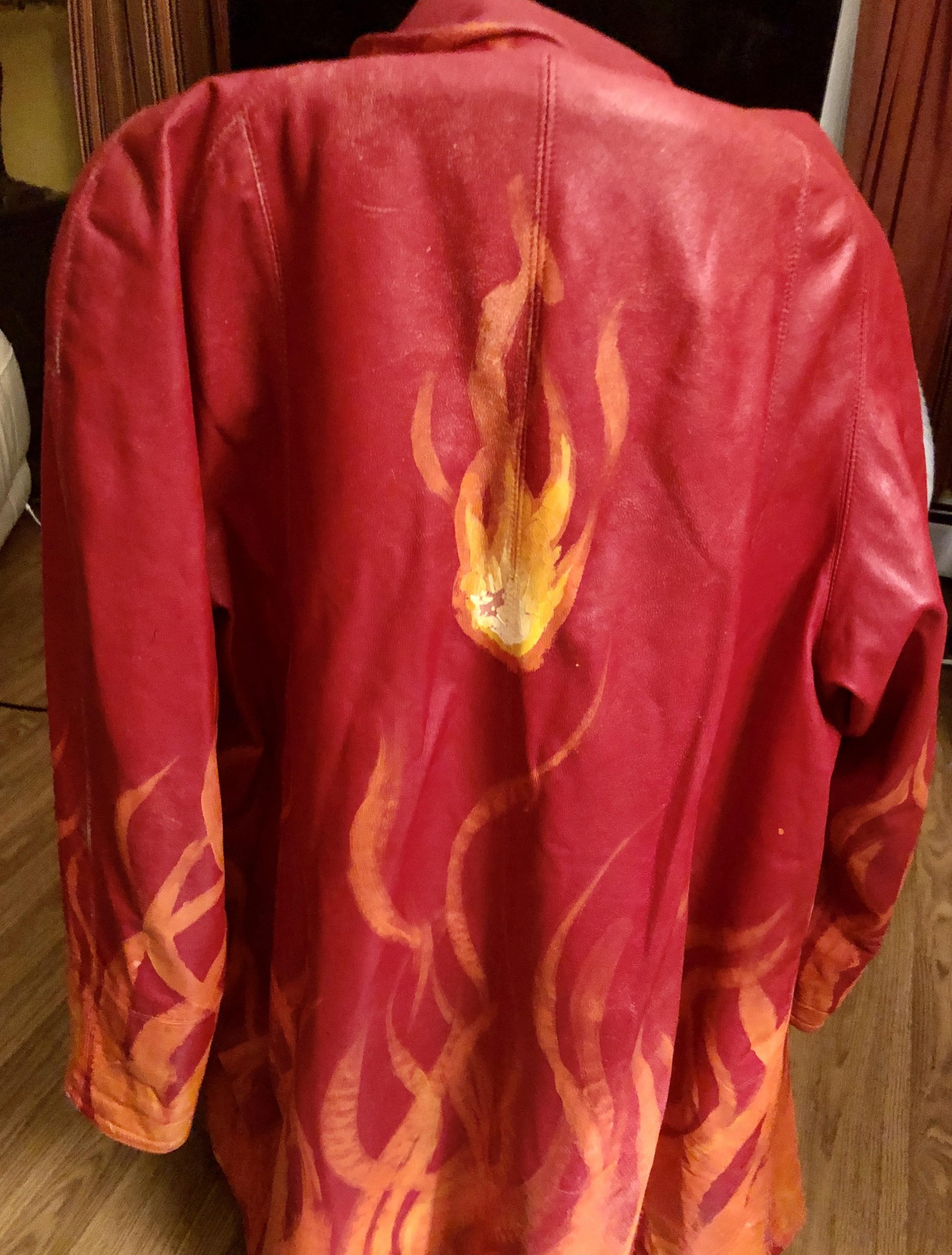 It’s so very red that some years later I took a notion to turn it into a fashion statement for Pentecost. It might have also had something to do with commissioning Bonjeong Koo, a new theological student who was already a known artist. I’d run out of wall space, but here was a very red canvas.

“Pentecost”, I said, when I handed it over. I know international students carry the weight of two worlds, so I didn’t expect to see the end result at week’s end. Very Red and now on fire.  He’d covered the tear in the pocket with flames and the back of the coat was like looking into a bonfire. I considered my first reaction, then dismissed it. The flames were going the wrong way, but I could easy explain. Pentecost. It will be what it is.

One thing about a visual symbol, though. It makes a public showing but everyone who sees it forms their own meaning. It is what it is only if there’s a general consensus about what the “it” is.  I had to learn this the hard way. Whenever I’d wear the coat in a public space, I’d have unusual conversations with guys, usually guys with a lot of tattoos, who were also wearing leather. They all wanted to know where I got the coat and how much I paid for it. Some of them asked to take pictures so they could find their own painter.

I’m absolutely sure they didn’t see my coat and think, “Pentecost”. It was more like the painting in S.M. Novella, titled “The Descent of Christ into Limbo”. 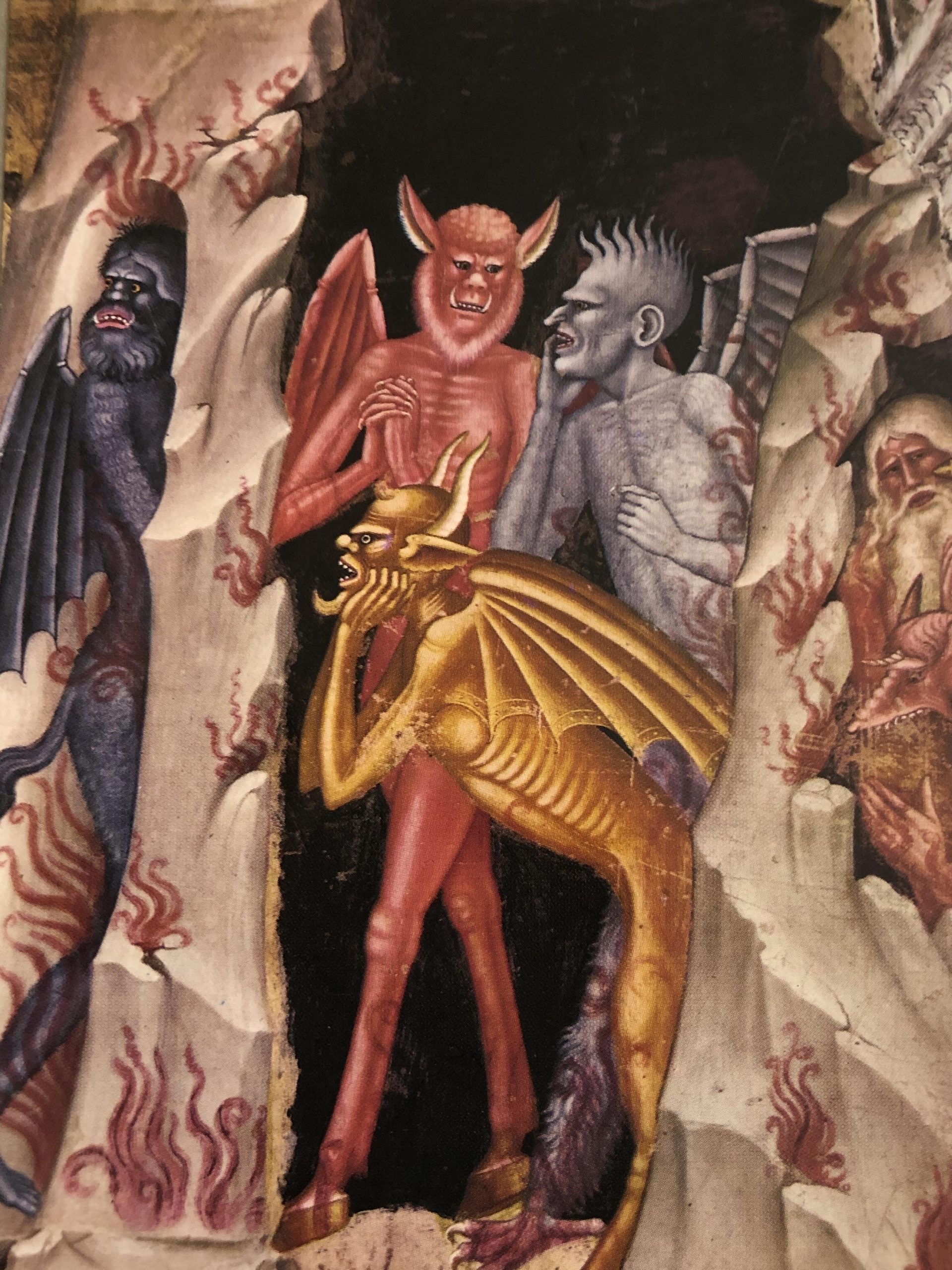 It also reminded me of the bonfires of vanities, and Girolamo Savonarola.  It is what it is until it isn’t. 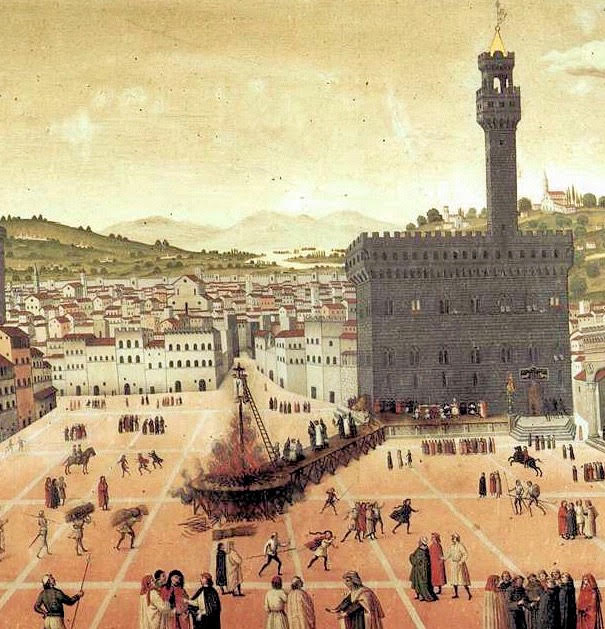 I read the on-line conversations about replacing the UMC logo of the cross and the flame. The rhetoric is heating up. The cross is/was a symbol of the sacrifice of Christ and the flame is/was a symbol of Pentecost. Add to that Wesley’s Aldergate experience of having his heart “strangely warm” with two flames being the two ecclesial bodies that formed the UMC—The Evangelical United Brethren and the Methodist Church.

Edward J. MIkula and Edwin H Maynard created the image in 1968 in celebration of this new birth of a church, but Rev. Edlen Cowley’s essay “Time for Cross and Flame to go” reminds us of another origin story: https://www.umnews.org/en/news/time-for-cross-and-flame-to-go?

The Birth of a Nation by D.W. Griffith depicts the lost cause revisionist history. A burning cross means “Klan”. The film turned fiction into fact and fact into a force for white supremacy.

It is what it is. A teenage BLM organizer in his small town found a burning cross on his lawn last week, placed by his neighbor.  Bonfires of this vanity won’t be easily smothered. Pray for rain.