Apple Pi Inn
What connection is there between the origin myth of a nation and character of the founding “father”?  It was a question to consider in July as i I stir up 217 years of dusty memory of our repair of this Inn.  An old print of George Washington hangs in what we are calling “the parlor”. The old wire had rusted, and a new discovery was made when I turned it over. On the back was recorded the name of the framer.  (I note that once Elizabeth WV was prosperous enough to have a jeweler who also framed art) The name and signature of the teacher and the signatures of the 5th and 6th graders in 1933 were neatly arranged in rows. 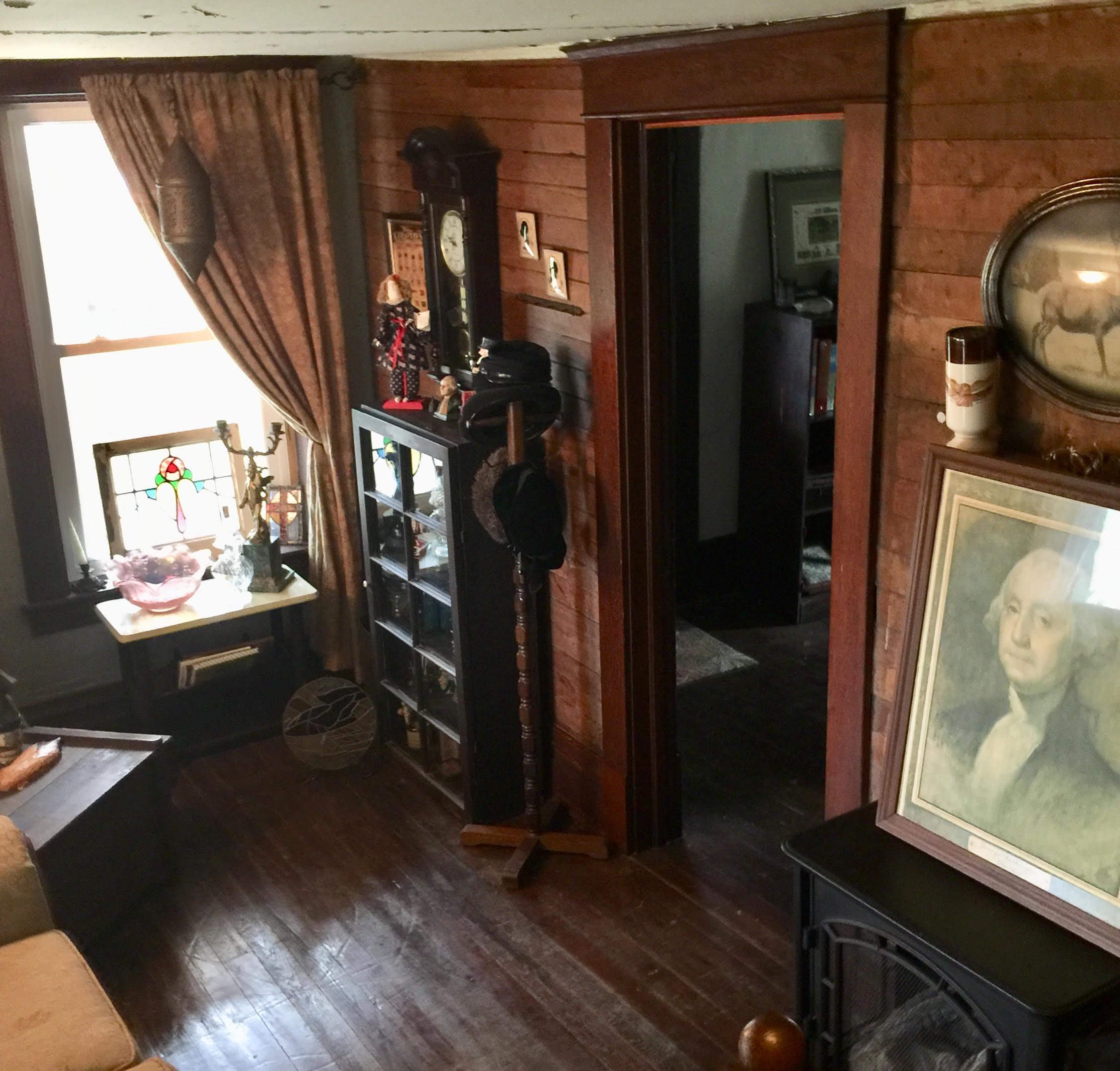 The print hangs in the part of the Inn built the year after Washington died in 1799. This territory was part of Virginia then, and it was here the future father of our country learned some hard lessons about failed diplomacy, broken treaties and military readiness during the French and Indian Wars.
I study the nearly illegible names and wonder what origin stories they learned about this nation and its founding father.  Did they know he owned slaves?  Did they learn that he refused to be king, that he believed in the Constitution and the potential of a self-governing people? Did they realize what a gift he gave a new nation by voluntarily leaving the high office he held?
Did they honor July as the month to celebrate independence from tyrants?  Did they know that July was the month named in honor of the dictator perpetuo, Julius Caesar, by the Roman Senate after his death in 44 BC?
That’s a conundrum. Why would you name a month, a public way to tell time, for a dictator?  It was a Senate conspiracy that led to Caesar’s downfall.  I follow the question down the rabbit hole of Wikipedia to recover the information that July was originally called, “Quintilis” meaning “fifth” and it was part of Rome’s earliest calendar attributed to Romulus, one of the twin brothers credited with creating Rome.
That city, nation, empire’s origin story included fratricide. Romulus kills Remus to become the Founding Father of Rome. (Some of this mixed motive fascination is personal. American Express, whose icon is a Roman centurion, has been been used far too often for Inn repair.)
George Washington. Julius Caesar. Romulus. July. What lessons should we be learning? How should we tell time? I return to the language of the founding document. “We, the people of the United States, in order to form a more perfect union, establish justice, ensure domestic tranquility, provide for the common defense, promote the general welfare, and secure the blessings of liberty to ourselves and our posterity, do ordain and establish this Constitution for the United States of America”
I rehang the old print with a hope and a prayer.