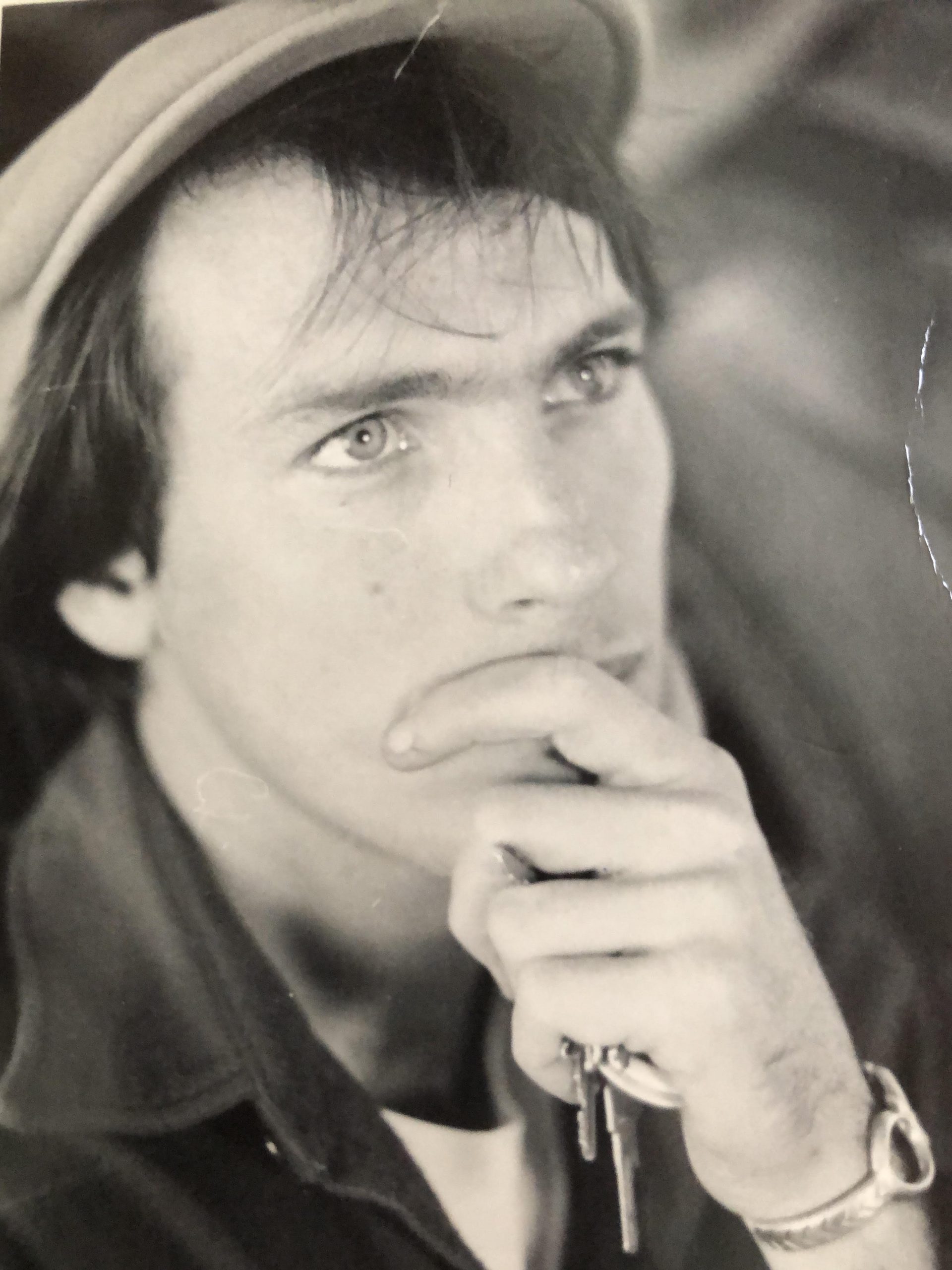 It’s a first date disaster. It began with a phone invitation to a place I have on my wish list: Ghost Ranch. The caller reminds me that we’d met at a friend’s house, and that he’d seen a play I’d written that was produced at the University of Arizona.  After a pause he asks if I want to go to a party. I remember him. In fact, our first meeting was difficult to describe, plus, I have less than 2 hours to get ready. Nevertheless, I accept the offer. Ghost Ranch makes it all worthwhile.

Having to climb in the driver’s seat to steer while he pushes his old blue VW to jumpstart the engine didn’t dampen my party spirit. Ghost Ranch, a desert dream of mystery, wealth, and legend. I have to move a green book from the passenger side. It’s stuffed with notes, Tractates Logico-Philosophicus, and the spine’s been mended. I have to ask. His answer covers the distance we travel through the desert, starting with the explanation about the relationship between language and reality, and science somewhere in the middle. I did appreciate the notion that the “limits of my language are the limits of my world”, although I have to guess at the speed limit since the speedometer was broken.

As we pull up to the entrance I’m  startled by the gun-bearing guard, but Bill casually gives the name of the band leader, George Hawke of Dusty Chaps and we’re waved in. I’m grateful that’s it’s gotten dark, and that there’s a convenient incline to park on. I didn’t want to have to be pushed into gear parked beside the Mustangs, Corvettes, and Jaguars.

I can hear the band and the exuberant sounds of a pool party inside the high adobe walls. It was like jumping into the deep end when we walk through the gates. Three thoughts immediately test the limits of my language. One, there are armed men sitting along the adobe walls that enclose us. Two, I’ve never seen so many wet naked bodies, ever. Three, I’m definitely overdressed.

A waiter, also overdressed, asks what I want to drink. I don’t remember my answer. I’m spellbound by the game of naked water chicken. Bill makes a beeline to the band, now on break, then comes back to ask how I want my steak. I check for any signs of discomfort with the surroundings but it’s as if he doesn’t notice the background, just wants to know if I caught the lyrics to the last song they played.

When he departs for the steaks, I stand, clutching a glass and wondering when the police are going to show up and arrest everybody. Alcohol is the least addictive item on the menu. I don’t want to end up a victim in a hail hell of bullets. Getting ghosted at Ghost Ranch wasn’t my idea of a good time. Months later, the news breaks that the sheriff’s department is on the Bonanno Family payroll. Those armed men sitting on the walls are the law.

I think about my options. Calling a cab isn’t one. I decide to try to blend in with the band fans, most of whom are still dressed and dry. On my way I’m accosted by a very tall, very blond, very wet, very naked, very stoned man who loudly demands to know, “Who says God is a dog? Who says God is a dog?”  I think he literally spits out the question or maybe he’s just dripping on me.

That was it. My seminary days will be years in the future, but bad theology, aggressively delivered is my bottom line. Bill arrives with the steaks, and I say, “I want to go. Now.”

He takes it well. just asks me to hold the steaks while he gets the engine going. In the silence, I’m thinking about another Wittgenstein piece of wisdom “If a question can be framed at all, it is also possible to answer it.”

I can’t begin to frame a question, but Bill can. Which part of Dante’s Divine Comedy do I prefer: Hell, Purgatory, or Paradise? Thinking of my recent experience, I say, “Purgatory”. That gets us to Milton’s Paradise Lost, and then the character of Satan, and I listen to a brilliant commentary and wonder if I’ve finally met an alien.  This, I think, is definitely a first and a last encounter.

Then, as we begin our descent into the valley, he shifts a gear, rolls down the window to catch the midnight smell of sage, takes my hand, and says, “Tell me a story.”   And so it begins.