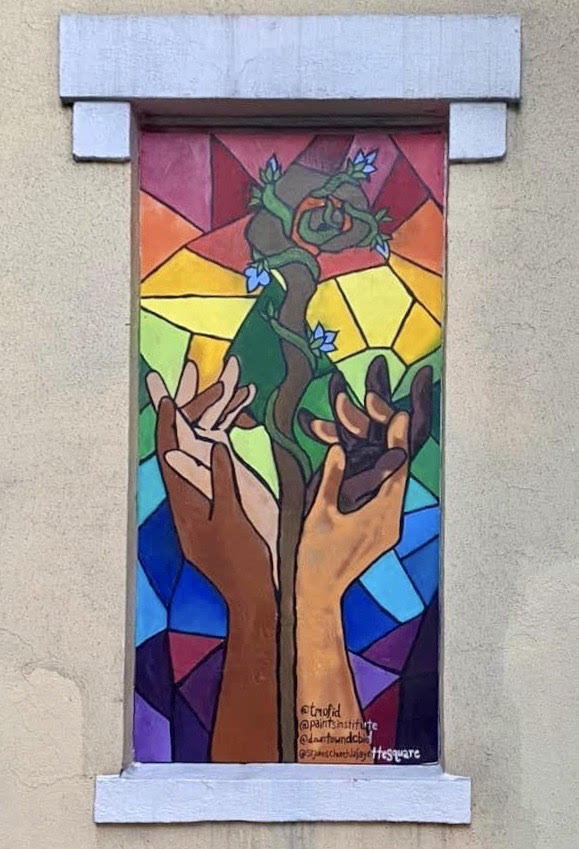 When our routines are forcibly rerouted, detoured into unfamiliar landscapes, old body memories surface to help us find our way. For me, an old song often rises as I “lay me down to sleep”. The 23rd Psalm is less a song, more a chant without a tune. I hear my grandmother under my voice like an echo. I’d learned it by heart from her during the shadows of my asthmatic nights. The synaptic links are always in the grammar of the King’s English with an Appalachian accent.

I find myself asking a child’s question again: Why do we need two sticks? Why a rod and a staff? We’re to be grateful for both, but why? If you’re trying to walk at night, and you can’t see where the road is, you definitely need one good walking stick.

My question stemmed from having another scripture verse vigorously applied. “Spare the rod and spoil the child.”  Our parents weren’t enlightened about corporal punishment. They would have appreciated knowing that a shebet, or “rod” could be used for fighting, ruling, walking, sometimes writing, and definitely punishment. A handy thing, a rod, particularly when a shepherd has sheep who often go astray.

I learned much later that a staff, matteh, was what Moses used. Staff turns to snake and then back again. Getting water from the rock in the wilderness. Parting the Red sea. Jewish midrash traces the staff from Moses who shared it with Aaron (same staff/rod) and later David used it on Goliath. It remained in the keeping of the kings of Judah until the destruction of the First Temple when it disappeared.

I go hunting for an answer for the rod/staff dilemma on YouTube. Rabbi Zelman, teacher of Drew’s rabbi, Deborah Smith, as well as mentor to my sister, Tamara, offers a solution via story. It’s like a child, he says, whose mother has been gone a long time. The child gives in to the temptation of the unguarded cookie jar, but drops and breaks it into pieces just as the mother returns. The mother smacks the child who says, “Oh! I’m so glad you’re here.” Discipline and comfort, see. The rod and the staff.

This doesn’t remove all of my hermeneutic of suspicion, but it does prompt me to consider again the image of the shepherd’s staff that’s painted on one of the plywood windows of St. John’s Episcopal Church, across from the White House. The painting was done through a partnership with the P.A.I.N.T.S (Providing Artists with Inspiration in Non-Traditional Settings). The justice-themed murals decorate the plywood panels put up following the George Floyd protests. The church windows had been broken in the midst of what had started as a peaceful demonstration against police killing of George Floyd.  The National Guard and security forces set off explosions, fired sting balls and tear gas to clear the peaceful protestors and clergy so that the President could hold up a bible in front of the church.

I study the hands that are holding a flowering staff. Many hands. Multi-hued. They are lifting up the Shepherd Staff as well as the community. In this time of valleys and shadows, Thy Rod which is also Thy Staff, confronts and comforts me.