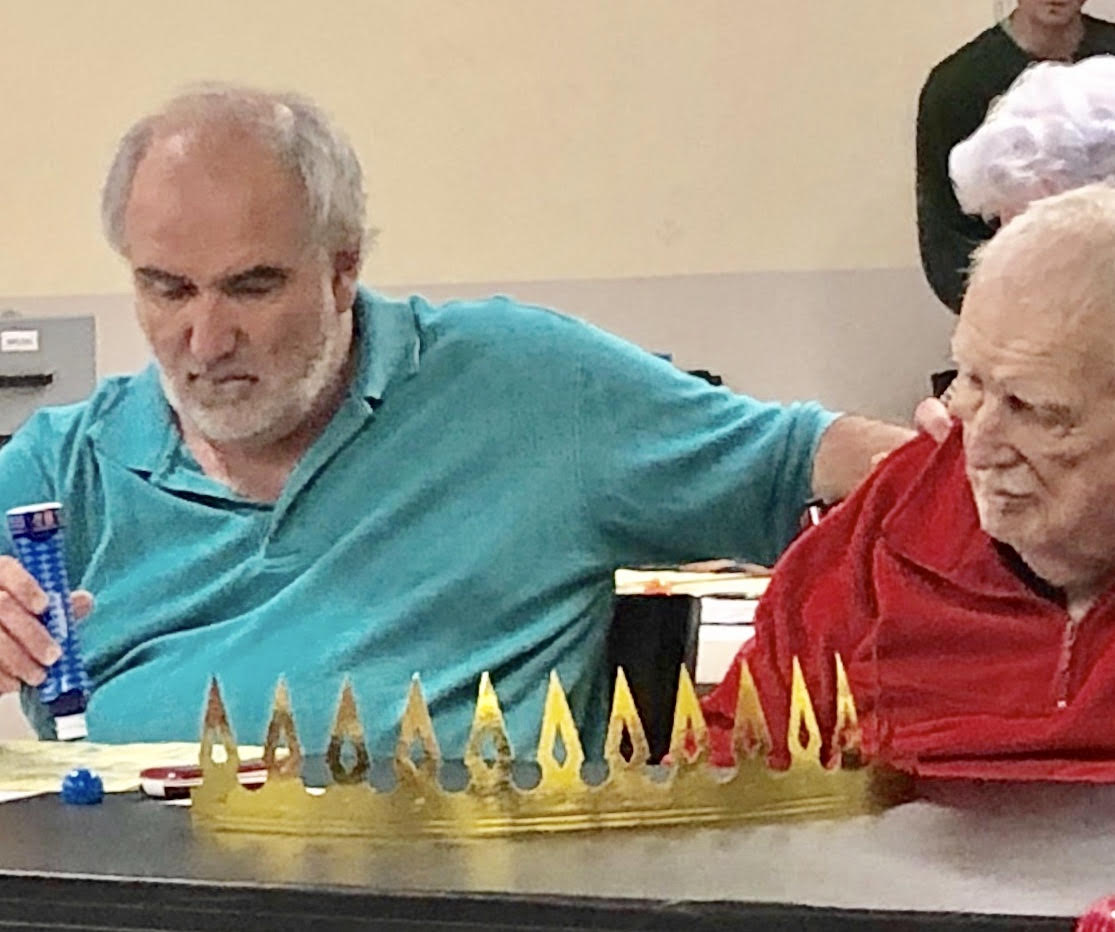 Bean counting is not normally how you want to spend your time, and being called a “bean counter” is definitely not a compliment. It usually means you’re stuck with tedious tasks or being ignorant in money-making matters. That is, unless you know the history of Bingo.  Track it back to 1530, Italy, and you’ll find a game of chance that is still played every Saturday, but they don’t bet with beans any more.

Fast forward to France and the late 1770’s and it’s called “Le Lotto”, and you have to be really well funded to count French beans. Even the Germans get into the bean business, but they actually use it to teach counting, history, and spelling to children. When Le Lotto immigrates to the US in 1929, Georgians call it like they see it: “Beano”.

It’s still a game of beans, played at carnivals and country fairs.  If the dealer calls your winning numbers, you shout: “Beano!”. So, what happens when a New York toy salesman, a Jewish immigrant from Poland, who’s down on his luck, sits down at a carnival with a handful of beans?

Bingo. Or more precisely, Bingo!!! Edwin Lowe prints up cards. He tests the new game, and some unknown woman shouts out “Bingo!” instead of “Beano” and so the game goes on. Lowe leaves nothing to chance. He hires a math professor to multiply the combinations, prints over 6,000 different kinds of cards so there will be less conflict when two or more players shout “Bingo!!”

So how does a bean counting game become a major fund raiser for churches and non-profits? A Catholic priest from Pennsylvania and a now-wealthy Jewish toy manufacturer from New York work it out in the early 1930s.  Bingo becomes the game of chance that builds sanctuaries, repairs convents, buys school books, and keeps the lights on for too many non-profits to count.

Since I was raised and remain in the Wesleyan tribe, we don’t do Bingo. It’s gambling! We still ban it, although we tend to overlook raffles for homemade quilts and apple pies.  It’s my life as a Delaware Lion that gets me into this game of chance and charity.  The Belleview Community Center is the center of a lively nonprofit: education, recreation, prevention, farmers’ market, family support, and on the third floor, a Lion’s Den whose rent is met by service as callers for weekly Bingo.

Bingo people are dedicated, to say the least. They show up on good days and hard times. When a hurricane turns off the town lights, the Center generator fires up, and people gather for comfort and counting. When Covid first kicks in, there’s a lull, then masks are on, hand sanitizer is handed out with bingo cards, and distance is maintained. Bingo!

Calling Bingo requires social skills. It’s more than just reading numbers and balancing balls. You need to know what’s what and who’s who. You have to care about human beings who dream of life finally adding up.  You have to see them armed with bingo markers, looking for more than being bean counters. Bingo can be addictive, but so is the need for community in this time of isolation.

Bill Gadola, a Bellefonte Lion, is one of the best callers in this game of chance and charity. His Bingo service is, as church folks would say, a calling. He’s a Volunteer Services Administrator. He studied nursing and rehabilitation; he’s an advocate for seniors and those who need a helping hand.  Add up those numbers and what you get is a winner. Bingo!!