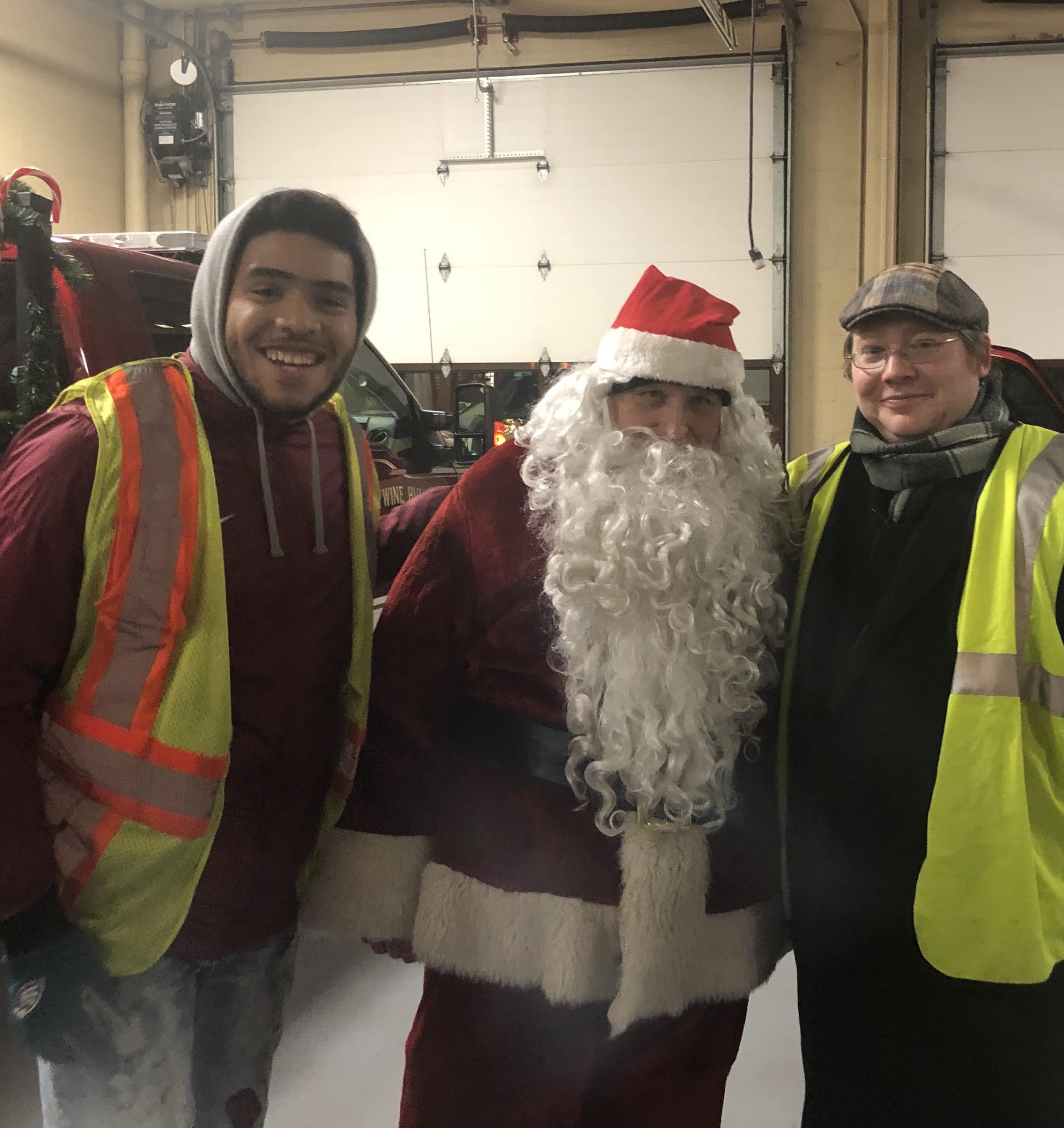 Advent. The candles and wreath are still packed in some unmarked box in the attic along with my liturgical motivation. I do appreciate the whimsy of the proposal to use 3 potatoes and 1 turnip with paper flames attached for households without 4 candles handy.

I even envy those who’ve skipped ahead to Christmas via Facebook, but I’m even less inclined to wrap anything around a tree right now. It’s not a lack of thanksgiving; perhaps it’s a shortage of hope or maybe vitamin D.

What did I hope for in November? A miraculous reunion of divided states of mind and heart? Perhaps. Having a Civil War scholar in residence kept the lid on that.  What about a miracle cure for what plagues us; a daring rescue by masked men and women of those foolish who refuse the common good and common sense?

Maybe it’s simply that I can’t figure out how to recognize hope these days. Hebrews 11:1 “Now faith is the assurance of things hoped for, the conviction of things not seen.” (NRSV) There’s my problem: a lack of conviction.

I’m interrupted in my writing by a question from William Wesley: “Do you believe that history is providential?” He tries on several answers as I ruminate. The sound of the trash truck interrupts as I rush to make sure the recycles are out. That done, I return to the task of the question of conviction. He’s reflecting on the Westminster Abby’s wall of modern saints. I’m not sure he noticed my absence, but he’s summoned Hebrews 12:1 into sight. “Therefore, since we are surrounded by so great a cloud of witnesses…”

So great a cloud…now the fire station alarm goes off. We’re two blocks away, so it’s an undertone to our days and nights. I’m grateful that Hannah Arendt isn’t inclined to howl at the sound.  This alarm isn’t alarming to the humans in this house because, first, it’s not sounding for us, and importantly, there’s trouble but somebody’s coming to some body’s rescue.

The fire departments here are all volunteer; even in Wilmington. President-elect Biden has the Secret Service now, but Delawarians have well-trained citizens, volunteers who come when called.  The sound convicts me; this is what I need: the assurance of things hoped for, a faith under restoration in this nation. When there’s a need, someone shows up. Will it work out? God knows, but it’s providence in action.

I climb the attic stairs and open a box labeled “Fragile. Christmas.” At the top of the box, there’s a handmade sign, a Christmas gift from my sister, Brucilla Campbell, made when her times were hard and lean. Two purple angels frame these words: “Without hope, the soul would have no rainbows, and the eyes no tears.”

Sometimes, even in Advent, there is “evidence of things not seen.” KJV