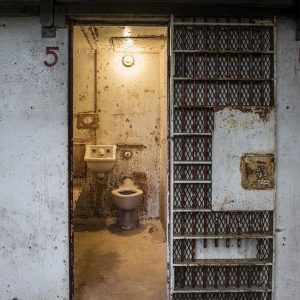 The longest night is coming and it will be longer than we remember, expect, or imagine.

The flow of unwept tears and the deluge of floodwaters frighten us all.

What hope or peace is possible, given how weary we are, soul and body?

Pull up your chair to the edge of the chasm and I will tell you a story.

After the first frost, when the nights are growing longer, Navajo families gather in their hogans and the elders would begin their stories. This is a true story about stories.

I was there, teaching in the 4 corners area, nearly fifty years ago. The stories told between the first frost and the first thunderstorm are origin stories, stories that help a people remember into the future. Tonight, I tell you one of our stories, we who follow the One whose name is Beloved. It is a story for the long nights as we wait for the rising of the sun.

It’s not an ideal setting for a Christmas play.  A narrow space between a wall of concrete block and the first row of benches serve as the stage. The lighting in the concrete block chapel is simple: on or off. To get there, I have to walk across the open yard of Moundsville Maximum Security state prison, built in the 1800s to hold 400 men. There are over 800 men incarcerated there now, with little to pass the hard time. Thinking back now, crossing that yard with the prison chaplain, without guards, was a fool’s journey.

Even the costumes were foolish: a football jersey, burlap and twine, scrappy blankets, prison uniforms worn inside out, upside down. The prison regulations prevent me from bringing in “good” costumes.  The cast’s uneven, to say the least. One actor claims a masters.  One cannot read, and has to learn his part, line by line, recited by a buddy two cells down. Less than ideal, more eloquent than words could convey, this is real life, hard time drama.

A blanket with holes is a cause for complaint. A ragged shepherd’s cloak, however, is a good thing. A prison yard is a desolate place, spare of grass, and grace.  A prison yard is an ideal Bethlehem scene with greying walls of stone, hard ground, and the smell of occupation. No need to imagine a cast of Roman guards.  They remain in place on the walls, keeping watch over their flock by day and by night.

“In the beginning was the Word . .,” and that’s the problem.  I can’t find a Christmas script that fit.  What works in a Hallmark Christmas Eve does not work here.  A maximum-security prison is world on its own, needing a language as brutal and sophisticated as its own life, or, as one of the guards explains it, “My perception is your reality.” or as the sign on the exit door reads “This is prison, not Burger King. We do not do things your way.”

From an assignment in sophomore English I recover “The Second Shepherd’s Play”, a medieval genre named, aptly enough, a mystery play.  Composed in a time when shepherds stood one step above slavery and one foot outside the law, it’s got a familiar ring to men who recite a number before they say their name.  The rhymed couplets are a bit much, though the yard rap works its own charm on the lines.  We decide to call our version, The Second to None Shepherds’ Play.

I tell them the story.  They listen.  I tell it again. They question, turn it over, check its strength, then, they tell me what they know.  I listen.  Word by word we reconstruct this “make believe” so it belongs to their rough place, their hard time.

One prisoner is so taken by this “make believe” that he insists on changing the end of the story.   He plays the thief who steals the lamb, disguising himself as a woman in labor.  His disguise works until the shepherds recognize the cry of the lamb, hidden under his makeshift skirt/shirt. Only the arrival of a very pregnant Mary and Joseph saves him from hanging.

In the original version, the thief disappears as soon as he’s set free, leaving the shepherds to honor the new-born messiah. This particular prisoner insists on a rewrite.  He wants to return the lamb himself to honor the child.  He demands to be allowed to kneel beside the shepherds, not run away.  He refuses to be left “out in the cold’.  When I press for a reason, he says. “This king, this kid doesn’t mind a thief hangin’ round.”

We need a prop, a lamb small enough to hide under a shirt, yet big enough to resemble an animal.  The theft of this creation is the heart of the play.  I give the assignment like a mission impossible.  Required: one lamb, no questions asked, no prisoners taken.

It’s ready for inspection the following week. The lead shepherd lays it on the table in the visitation room for inspection and waits for a verdict.  I’m properly amazed.  The lamb consists of: a cardboard box covered with cotton balls (medical supplies?)  ears and tail from a pillow case; a head made from a navy-blue stocking cap (the donor risked temperatures below freezing every day, all day in the yard) and four white socks for legs.

The socks catch my attention.  They’re brand new.  Prisoners are issued new socks twice a year.  Four prisoners, non-performers, had each donated one sock, so that no one would be short both socks of their pair.

Every time I cross the yard, I look at the clusters of men in the yard and wonder which four wore one “holy” sock.   The men name the prop, “Chops” and made jokes about its pieced-together appearance.  As weeks of rehearsal pass, I notice they each take turns holding the lamb while others rehearse.  These are grown men, guilty of terrible crimes.  They had stories I don’t want to know.  But the telltale action gives them away, they’re children again, sitting alone, rocking and hugging a long-lost toy.

Speaking of children and Christmas no child is ever permitted in this violent space.  No doll is allowed through these gates of hell. What do we do about the baby Jesus?

We practice with an empty manger (cardboard box, shoe-polished sides), but the absence oppresses.  I try to encourage them to imagine. After all, what color skin should Jesus have? The absence of the Beloved Child seems to make the story into a lie, a collapse of “make believe” to reveal there is no Emmanuel, no God with us.

The answer to our theodicy problem is off the wall.  In the last rehearsal “Mary” looks at the lamb held in the arms of a proudly penitent thief and walks into the chaplain’s office. “He/She” reenters the chapel with something wrapped in a towel. The rehearsal takes on the tension of a “mysterium”, a sacrament.  When the time come, Mary lifts the cloth. A crucifix is cradled in the manger. No one says a word. For the longest time, no one says a thing. then, the men say they’re done rehearsing.

That night, I wonder how the story will end as we, the cast, the chaplain, and I walk across the open yard past 800 men. Only 40 will be allowed into the small chapel, while others pressed around the windows to look in. As the climax of this curious Christmas story approaches, I study the faces of the congregation. The blanket is lifted, that awful, awe-full power of the story of the lamb of God is revealed in a landscape of trauma, and violence, and loss.   There is silence, and then the soloist begins to sing. It’s not the song we practiced. It’s not Silent Night, but this “Through many dangers, toils and snares, I have already come. T’is grace that brought me safe thus far, and grace will lead me home, “

“Yet any who did accept the Word, who believed in that Name, were empowered to become children of God, children born not of natural descent, nor urge of flesh nor human will, but born of God. And the Word became flesh and stayed for a little while among us…John 1:12-13